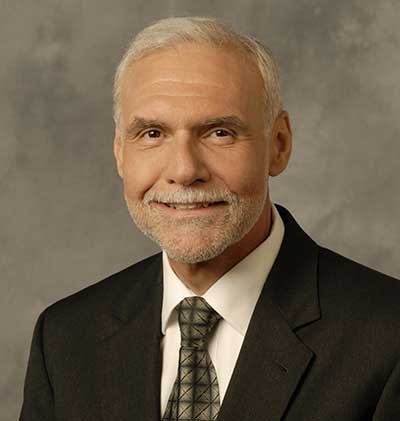 To many, the mention of a brain tumor brings about a dire image, but a brain tumor does not always mean a cancer diagnosis. A tumor is a mass of abnormally dividing cells, and is either considered benign or malignant:

Benign tumors are slow growing, well-defined tumors that do not spread to other parts of the body. In rare cases, untreated benign tumors can be life-threatening if they affect a vital organ. Because they do not invade the surrounding tissue, benign tumors are relatively easy to remove with surgery, depending on their location. In some cases, benign tumors may become malignant, though this usually takes a long time, sometimes decades, if it happens at all. Benign tumors generally do not cause death or serious illness unless they are very large, such as some benign ovarian tumors, or if they affect a critical organ that makes it difficult to operate on and remove them, such as tumors in the brain.

The term cancer is usually reserved for malignant tumors, which, like benign tumors, are masses of structurally abnormal cells growing uncontrollably. They differ, however, in their ability to invade the surrounding tissue and, in many cases, metastasize (spread) to different sites of the body via the blood or lymphatic system. This is one reason why surgical treatment alone for more advanced malignancies is often unsuccessful.

Because malignant cells have a tendency to spread from their original site, surgeons may leave them behind, which can result in new tumors in other locations. Malignancy often is treated by chemotherapy (systematic drugs aimed at killing deposits of cancer cells in sites other than the primary) or by radiation therapy applied over a broader area than that involve the main tumor.

Malignant tumors grow in an abnormal way and invade tissue around them. Brain tumors rarely spread to other areas of the body, but they can spread throughout the brain. Like benign tumors, damage caused by malignant tumors can cause severe disability and death.

When Tom, now 51, first noticed symptoms of his benign brain tumor 9 years ago, they appeared out of the blue. “I had a 36-hour period during which I had repeated seizures called "absence seizures,” he says. “ I just wouldn't quite be there for a few minutes. Then I thought I heard a mouse in the dining room, though there was nothing there, and while I was down on the floor by the wall looking for it, I became aware that my wife was talking to me, but I was unable to answer her.”

Despite his diagnosis, Tom and his family continue to live a rich life as they weather the effects of his condition. He is presently on leave from his job as a chemistry lab director for a large pharmaceutical company, but he is still able to drive and maintain an active lifestyle.

Normal Anatomy and the Development of Brain Tumors

The brain and spinal cord make up the central nervous system (CNS). The CNS interprets sensory information, and regulates functions like body temperature, digestion, and coordinating physical movements. The brain also is responsible for memory, learning, and emotions.

Other nervous system structures include:

Cell division and cell death are a normal process in the body to replace old or damaged cells. Sometimes this division and new cell growth can continue after it is supposed to stop. This excess growth forms a tumor. Benign tumors grow in the area, but do not invade nearby tissue. Malignant tumors are cancers that do grow into nearby tissue. It is not always clear what causes the abnormal growth, but it often is a combination of genetic and environmental factors.

Are there different types of benign brain tumors?

The most commonly diagnosed benign brain tumors include:

Any cancer in the body can spread to the brain, but the most common include:

What are the symptoms of a benign brain tumor?

Some patients, like Tom, have symptoms that appear suddenly, while others may appear more gradually. The symptoms of benign brain tumors are sometimes difficult to read because they are found in other diseases as well. Alone, or in combination, these symptoms can be signs of a benign brain tumor:

How are benign brain tumors diagnosed?

Your doctor will ask about your symptoms and medical history, and a physical examination will be performed. In addition, Computed Tomography (CT) or Magnetic Resonance Imaging (MRI) brain scans may be used to confirm a suspected diagnosis. Benign brain tumors rarely develop into metastatic cancerous tumors. Most can be surgically removed, and usually do not reoccur after being removed.

How are benign brain tumors treated?

Most benign brain tumors are treatable. Treatment options are similar to other brain tumor treatments, and are based on the patient's age and overall health, and the location and size of the tumor. Typically, chemotherapy is not recommended in cases of benign brain tumors.

What are the survival rates for benign brain tumors?

Survival for patients with benign tumors is usually much better but, in general, survival rates for all types of brain cancers, benign and malignant, are:

Appendicitis – What is it and why is it so dangerous?

Heat Exhaustion and Heat Stroke: How to Avoid Getting Overheated This Summer

Nobody should get cervical cancer