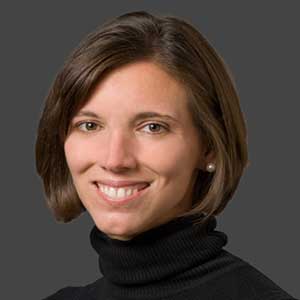 Recently, the U.S. Food and Drug Administration (FDA) recommended new voluntary sodium targets that set limits on how much sodium should be in some foods. Sodium, commonly known as salt, is necessary for the body to function properly, but too much can have adverse effects on your health. Manufacturers add sodium to food for a number of reasons including taste, texture, and to help prevent spoilage, but these needs usually can be met with lower levels. With voluntary targets, the FDA hopes to make it easier for people to choose healthier food options, and to encourage food manufacturers and restaurants to adopt the newer guidelines.

Most sodium is found in processed and prepared foods, not from the salt shaker. Commercially processed foods, including canned, frozen, and instant, add a significant amount of sodium to the typical American diet. These include: 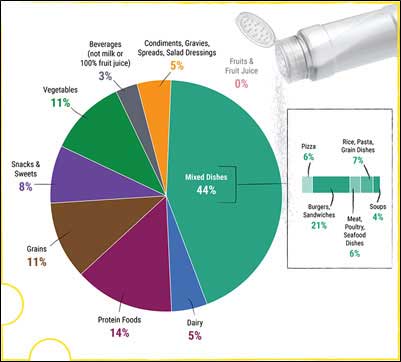 Source: What We Eat in America (WWEIA) Food Category Analysis for the 2015 Dietary Guidelines Advisory Committee.

The American Heart Association (AHA) suggests that salt has been hidden in processed food for too long and states that, “A moderate level of sodium in the food supply can greatly reduce risk for heart disease and stroke – the two leading causes of death in the world. In fact, sodium reduction could save more than one million lives and billions of dollars in healthcare costs over the next 10 years.”

How Much Sodium is Too Much?

The FDA states that a high level of sodium is any food containing 20% of more of the recommended daily value. The agency supports studies that found if the food industry lowers sodium levels based on the new suggested targets, it would reduce sodium consumption to about 3,000 mg per day within the first two years, and to the recommended 2,300 mg per day after ten years. The focus is on certain categories of processed foods like pizza, sandwiches, deli meats, pasta dishes, snacks, breads and rolls that are known to have high sodium levels. On the other hand, some high-sodium foods, such as dried fish, are not as worrisome because they are not typically eaten in large quantities, or as often.

Ways to Control Your Sodium Intake

Consumers can check food labels to determine how much sodium is included, but some foods, such as deli meats, are not labeled. In addition, Americans eat about one-third of their food outside of their homes, so it is essential for restaurants and food manufacturers to support lower sodium standards in order for the initiative to be a success. Other ways the FDA suggests lowering your daily sodium intake include:

If you have any questions regarding your general health, please reach out to Dr. Lilly, or one of our expert providers at Appledore Medical Group. You can book your next appointment online, and learn about our network of skilled practitioners.

You were diagnosed with colorectal cancer. Now...

March 29, 2022
Dr. Michael Morton explains the signs to look for colorectal cancer as well as next steps for patients diagnosed.
Next Post
Back to blog home

Heat Exhaustion and Heat Stroke: How to Avoid Getting Overheated This Summer

Who Should Get the Flu Vaccine?