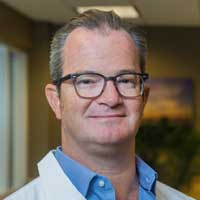 Obesity has been linked to infertility and studies show bariatric surgery may treat one of its most common causes - polycystic ovarian syndrome (PCOS), a hormonal imbalance that affects up to 10% of women of child-bearing age – 33-50% of whom are overweight or obese.

Not many patients come to a bariatric surgeon to treat infertility problems, but women with morbid obesity, who are infertile secondary to PCOS, may have a surgical option. Many other studies have shown bariatric surgery can improve or resolve a multitude of diseases and conditions, and now infertility appears to have joined the list.

Recent clinical research from the University of Iowa Hospitals and Clinics showed that nearly all morbidly obese women enrolled in the study, who were diagnosed with PCOS-related infertility and desired children, became pregnant within three years following gastric bypass surgery. Doctors advise women not to try to conceive until at least 18 months after bariatric surgery due to surgery-related changes that could affect fetal development.

Before surgery, the women had an average body mass index (BMI) of 52, and after surgery had an average excess weight loss of nearly 60%. Menstruation corrected in 82% of the women and nearly 80% no longer had Type 2 diabetes. In addition to infertility, PCOS increases the risk of obesity, insulin resistance and Type 2 diabetes, heart disease, irregular menstrual cycles and miscarriage. Obese women who become pregnant may suffer from a complication of gestational diabetes, which passes on an increased risk for early diabetes and obesity to their children.

Significant weight loss also reduces the risk of pregnancy related complications, which is another important consideration. Though this is a small study, it has a big result and should be an area for more investigation and should be discussed with morbidly obese women who are having difficulty conceiving – especially those who have failed conventional methods of conception including hormonal treatments and in-vitro fertilization.

Bariatric surgery has been shown to be the most effective and long lasting treatment for morbid obesity and many related conditions. People with morbid obesity have BMI of 40 or more, or BMI of 35 or more with an obesity-related disease such as Type 2 diabetes, heart disease or sleep apnea.

If you have more questions about obesity-related infertility, metabolic disease, or bariatric surgery, contact Dr. Bernard Benedetto at Atlantic Surgical Associates at (603) 431-5242.

Preparing for a Colectomy

August 31, 2018
Dr. Morton shares tips to get ready for partial or total removal of the colon.
Previous Post

August 22, 2018
Belly (visceral) fat can be a dangerous health indicator - and it builds up quickly.
Next Post
Back to blog home

You were diagnosed with colorectal cancer. Now what?

Nobody should get cervical cancer