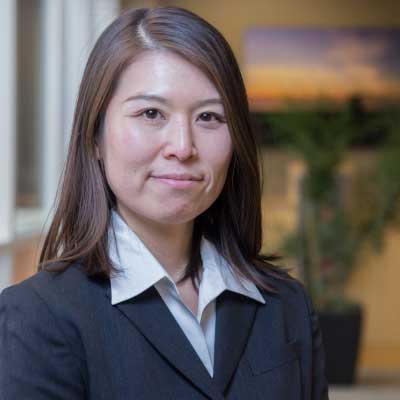 Immunotherapy is a type of biologic therapy that uses the body's own immune system to fight cancer, lessen the side effects of other treatments, and help heal healthy tissue after treatment. It is a scientific attempt to repair, stimulate, or enhance the immune system so that it can identify and fight cancer cells more effectively. Immunotherapies like Nivolumab and Pembrolizumab may be used alone or in combination with chemotherapy or other medications.

How Does Immunotherapy Work?

Biologic therapies are most commonly used either to treat cancer that does not or has not responded to other forms of treatment. They also can be used to treat tumors that may respond to the body’s own immune defenses.

Does immunotherapy work for everyone?

Immunotherapy is a relatively new medical advancement, so research is just beginning to show the pros and cons of using it to treat various conditions, including cancer. Researchers are working to better understand how to predict the outcome of using immunotherapy on people who exhibit different characteristics of a disease. For example, they have demonstrated success in using immunotherapy to help treat some forms of lung cancer, but not others.

Following a physical examination and other testing, like blood tests, scans, and/ or biopsies, a physician can help determine the best course of treatment. Options, including immunotherapy, typically depend on the type of cancer, and the composition and size and location of the tumor.

What benefits does immunotherapy show in patients with non-small cell lung cancer?

Research recently published in The New England Journal of Medicine2 showed significant benefit in patients with the non-squamous form of non-small cell lung cancer, which is diagnosed in about 150,0003 cases in the United States every year. According to Dr. Leena Gandhi, lead investigator of the study and director of the thoracic medical oncology program at Perlmutter Cancer Center at NYU Langone Health, combining traditional chemotherapy with the immunotherapy drug pembrolizumab was “superior in terms of response -- keeping people alive without progression of their cancer -- and improving the overall survival of patients with metastatic lung cancer compared to chemotherapy alone. And the differences were not small."

What are the side effects of combined chemotherapy and immunotherapy?

The most common side effects, which were sometimes severe, of combining chemotherapy and immunotherapy were:

Other side effects may include:

How is immunotherapy administered?4

The type of immunotherapy given depends on the type of cancer, which, in turn, determines the way it is administered. Methods include:

To learn more about immunotherapy and other treatment options for different types of cancer, visit the National Cancer Institutes Cancer Treatment Summaries.

How often is immunotherapy treatment given?4

How often immunotherapy treatment is given depends on:

Some immunotherapy treatments are administered daily, weekly, or monthly. Some are given in cycles with treatment occurring, followed by a period of rest, which allows the body to “recover, respond to the immunotherapy, and build new healthy cells.”

How to Choose the Right Life Jacket

July 16, 2018
According to the Safe Boating Council, "almost 90% of boating fatalities are due to people not properly wearing a life jacket."
Previous Post

April 9, 2018
Menopause occurs when a woman has her last menstrual cycle and is no longer fertile. The biggest drawback to menopause is an unpredictable change...
Next Post
Back to blog home