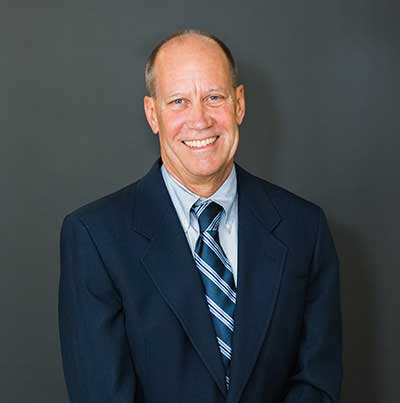 Lindsay, a 25-year-old data analyst, suffered with abdominal pain for years before being diagnosed with endometriosis. “My first symptom was pelvic pain. I'd had emergency surgery to remove a large ovarian cyst, and thought that the pain I was experiencing was related to that, but it didn't subside after the cyst was taken care of.” Lindsay is not alone in suffering from endometriosis. It affects 1 in 10 women worldwide and there are currently no guidelines to prevent it.

Normally, endometrial tissue is found only inside the uterus. The uterus is the reproductive organ where a fetus develops. Hormones cause the tissue to form there, preparing the body for a fertilized egg. If you do not become pregnant, the tissue leaves the body during menstruation.

In endometriosis, endometrial-like tissue is found outside the uterus. Typically it is found in the pelvic cavity but, occasionally, endometriosis may be found in the bladder, bowel, intestines, appendix or rectum. In these places, the tissue still responds to hormones. It swells, breaks down, and bleeds, but it is unable to leave when you menstruate. Surrounding tissue becomes inflamed and there is often scarring. 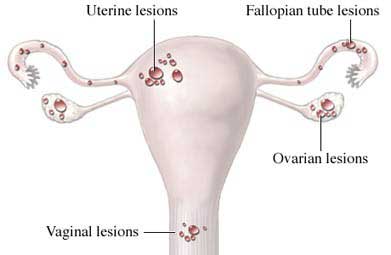 Hormones and growth factors cause the disease to progress.

Endometriosis often begins in the teen years and develops slowly over the course of a woman’s life. Its causes are not fully understood, and genetic factors are believed to play a primary role in its occurrence.
Factors that may increase your risk of endometriosis include:

Symptoms of endometriosis range from mild to severe. You may have many large growths with little pain. Or, you may have small areas with intense pain. Symptoms include:

You will be asked about your symptoms and medical history, and a pelvic exam will be done. These are best done early in the menstrual period. Since you may not have any symptoms, diagnosis is usually confirmed with a laparoscopy, a test that allows the doctor to see if there are patches of endometrial tissue and scar tissue.

Once diagnosed, the goals of treating endometriosis are to:

Treatment options depend on:

Your doctor may recommend:

If you have severe symptoms or you want to get pregnant, doctors can try to remove endometrial growths. This is often done with laparoscopic surgery. In severe, unmanageable cases it may be advised to also remove the uterus and ovaries, but this means that you cannot get pregnant.

After treatment Lindsay is recovering and has this advice for other women. “Keep a pain journal. I've found this to be very important both in managing my own illness—I was able to see, for instance, a link between my caffeine consumption and pain—and in helping doctors to see patterns that can guide treatment. People, doctors, and friends alike also take you more seriously when you're able to demonstrate exactly what you're experiencing and when you felt it. I made a chart based on a 28-day cycle and kept track of things I ate or drank that might be potential triggers, when I had discomfort, and what seemed to make me feel better. I also sought out the support of other women with endometriosis. No one can really understand until they've been through it themselves.”

April 9, 2018
Menopause occurs when a woman has her last menstrual cycle and is no longer fertile. The biggest drawback to menopause is an unpredictable change...
Previous Post

March 27, 2018
To many, the mention of a brain tumor brings about a dire image, but a brain tumor does not always mean a cancer diagnosis. A tumor is a mass...
Next Post
Back to blog home