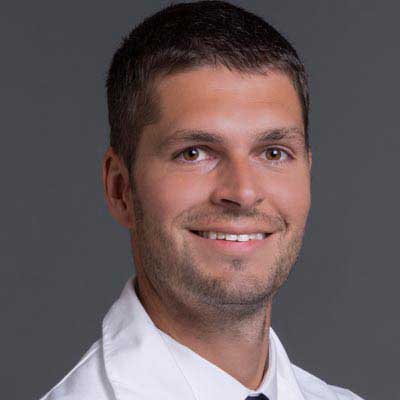 Arlene learned that she had Parkinson’s disease 22 years ago, on her 50th birthday. Despite the disease’s progression, the Florida university professor continued teaching and traveling until a few years ago. Like many people, the first signs of Parkinson’s were subtle. “I started having trouble buttoning the sleeves on my blouses and thought something was wrong with my fingers,” she says. “I also experienced some difficulty getting out of a chair and moved more slowly than I had in the past. One day, a Parkinson’s donation solicitation arrived in the mail. I had all but one symptom listed, so I made an appointment with my doctor.”

What is Parkinson’s Disease?

Parkinson's disease is a gradually progressive degenerative disorder of the central nervous system. It belongs to a group of conditions called movement disorders. There are 4 characteristic problems caused by Parkinson's disease:

Parkinson's disease occurs when neurons in certain areas of the brain, including the substantia nigra, are slowly destroyed. The substantia nigra is responsible for producing dopamine, a chemical messenger that transmits signals within the brain, to help coordinate movement.

The exact reason for this destruction is not completely known. In some people, it may be related to genetics, environment, or a combination of both. The end result is a deprivation in the brain of dopamine. Dopamine helps regulate movement, and its loss leads to increased tone, rigidity, and slowness of movement. Lack of dopamine results in the symptoms associated with Parkinson's disease.

What are the symptoms of Parkinson’s disease?

The American Parkinson Disease Association (APDA) estimates that 1 million Americans, and up to 10 million worldwide, are living with Parkinson’s disease. Some celebrities, including the actor, Michael J. Fox, and singer, Neil Diamond, have spoken publically about their struggles with Parkinson’s disease. Typically, symptoms start very slowly and subtly. Some people notice a tremor in just a single finger; over time, this tremor begins to affect the whole hand, and then the entire arm. Other symptoms may begin gradually, becoming more severe over time. Not everybody with Parkinson’s disease develops every single symptom. In addition, some of these symptoms (specifically depression, sleep disturbances, and loss of smell) may start years before a tremor is noticed.

The most common symptoms of Parkinson’s disease include:

Problems with balance and coordination:

Other symptoms that may occur along with Parkinson’s disease:

How is Parkinson’s disease diagnosed?

There are no lab tests to definitively diagnose Parkinson's disease. Your doctor will ask about your medical history and do a thorough physical exam. He or she will examine you for the most common symptoms of Parkinson’s, but they may not all be present. If that is the case, your doctor may examine you every few months to check on your symptoms.

A neurological exam includes a range of tests to evaluate your strength, coordination, balance, and other aspects, such as:

A mini-mental status test may be done, and activities of daily living evaluated, like dressing, cutting and eating food, swallowing, hygiene, walking, and falls. If the diagnosis is not clear, you may be given blood and/or urine tests to eliminate the possibility of other conditions with similar symptoms. These tests may include:

If imaging is necessary to further research and diagnose the condition, those tests may include:

Your doctor also may give you a trial of levodopa, a medication that increases the amount of dopamine your brain produces. A positive response to this medication can help to confirm the diagnosis.

Are there risk factors for developing Parkinson’s disease?

How is Parkinson’s disease treated?

If you have an early, mild case of Parkinson’s disease, your doctor may recommend that you focus your treatment plan on lifestyle changes, such as diet and exercise. As the disease progresses, he or she may prescribe medication to lessen some symptoms. Lifestyle and medication options include:

Medications for Parkinson’s disease work in different ways. The primary strategy is to increase the amount of dopamine or to activate the dopamine receptor. Although most people respond to medications initially, the effects may wear off over time as the disease progresses. When a medication stops working, your doctor may increase the dose, switch medications, stop and then restart a medication, or add on another medication. In addition, many people experience disabling side effects, especially rapid “wearing-off” of the drug and abnormal movements called dyskinesia. Your doctor will determine the best course of treatment for your specific circumstances, and inform you of any side effects or special precautions to take with your medications.

Surgical procedures are available for the treatment of Parkinson’s disease, but, cannot cure the disease. These procedures may help relieve symptoms for a period of time. During surgery, you will be sedated, but kept awake. This is important so that the surgeon can test for potential side effects. Surgery is usually reserved for those with advanced symptoms and most commonly includes:

In this technique, placing a stimulating electrode lead into different regions of the brain can reduce symptoms of advanced Parkinson’s disease. A wire is tunneled under the skin and attached to a generator that is implanted in the patient’s chest. A small, handheld magnet is passed over the generator switch to turn it on and off.

When the device is activated, it sends an electrical impulse to its destination and acts as a kind of brain pacemaker. The generator requires replacement every 3-5 years. Advantages of deep brain stimulation include being:

Like Arlene and the millions of others living with Parkinson’s, the disease can impact every part of life. However, with the above treatment measures, the majority of people with Parkinson’s disease can still do their daily activities and lead productive lives. Her advice? “Pop the pills and persevere. Learn all you can about Parkinson’s, so you can help manage your case. Join a support group. Laugh. Do as much as you can yourself, rather than depending on family members. And at least once a year, see a specialist involved with research or associated with a medical school. Life does go on and there are ways to live with this disease.”

January 18, 2018
The Centers for Disease Control and Prevention (CDC) found that “C. difficile caused almost half a million infections among patients in the United...
Next Post
Back to blog home